So… why are you the first person who is contacted when there’s an issue? Why are your team members constantly answering support calls? And why is your name still being tossed around as the process owner?

You’re all trying to move on from the project – you have a new project and other work to do!

When will this project be OVER?

The answer comes down to transition planning.

When we’re planning a project, our minds are focused on near-term questions like:

It’s really tough to look way down the road…past Training…past Go Live…and around the bend from Lessons Learned.

The risk is: if we don’t envision what “business as usual” will look like post-project, and plan for that, we may find ourselves supporting it forever!

Planning for this transition is done, well, during the Planning Stage of the project. It doesn’t need to be finalized at that point, but a solid draft needs to be created. As you move through the project, periodically review the plan, and finalize it during Execution, when you really understand the extent of training and support it will need.

The good news is that planning the transition is not as daunting as it seems. You have most of the information from the start. Here are a few questions to ask when you’re drafting:

I read a study a while back that said “presenteeism” is a much bigger problem in the US than absenteeism. And I don’t think any of us need a study to know that’s true!

Last week I talked about the effect of presenteeism on our projects when WE show up even though we’re sick or burned out. Our minds don’t work as fast. We can’t process all the information coming in and start to make poor decisions.

Taking a break would benefit our team and project as much as ourselves.

But we’re not the only ones who show up and stay there when they should rest.

Your team does it, too.

They may not be “running the show” but they also have deadlines, more work than reasonable, and several work streams going on at the same time.

Every project has periods of intense work and long hours. But it shouldn’t be the norm.

When someone is sick and physically in the office, it has the added risk of passing the germs around. These days we’re all hyper-aware of illness so it’s an easier task to convince our team members to stay home.

But as I write this, most corporate employees are still working remote.

So when someone is not feeling their best…they can still turn on their computer and log on!

They still show up for meetings, still try to hit their deadlines and attempt to be productive.

When we have 24 hour access, it’s hard to separate work from home. Boundaries blur. It’s incredibly tempting to “hop on for just a little while” and end up being on-line for hours.

Presenteeism in our teams can cause mistakes that filter through each department so everyone is affected. Or a small issue with data isn’t caught until a month later when it’s a mess to untangle and fix.

And just like when we’re not 100%, it’s tough for them to process information, they become less tolerant of everyday issues, and it takes longer to recover.

So, while we need to make sure we’re not over-working ourselves, we also pay attention to our teams.

Here are a few watch-points:

This is not an exhaustive list. But any of these can indicate some presenteeism is going on. Then we need to take the next step and speak with the team member.

But be prepared for denial and pushback. It’s hard to stop the work-train once it gets going.

Presenteeism is cultural within the organization and the team.

Project Managers have a big influence on our project’s culture. We set the tone from the very first meeting and our teams will watch what we do throughout the project.

They will notice when we’re asking them to hit impossible deadlines or encouraging late night work. They will note when we come to work sick or skip vacation.

How we set the standards and stick to them over time is critical.

We all want to be present with a positive attitude, energy, and a clear mind. Making sure our team is not over-working or showing up sick goes a long way to maintaining a project that is not just efficient, but more enjoyable for everyone.

And the project outcomes will reflect it!

By the way, if you missed last week’s article, here’s the link: Presenteeism Part 1 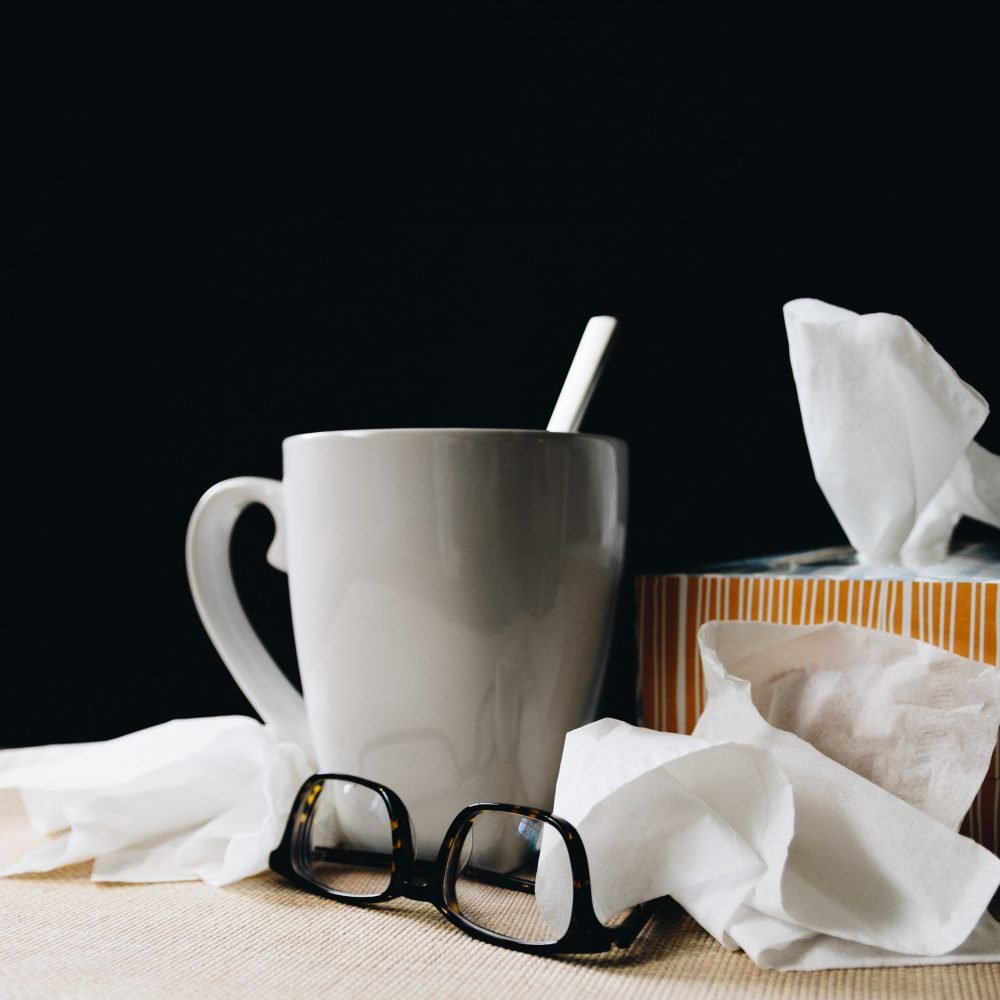 I had my second C-vaccination the other day. As any good Project Manager would do, I planned the timing so I wouldn’t miss anything important. Knowing the risk of being sick for a day or two, I prepared and cleared my schedule for the next few days.

Yes, I did get sick. The risk turned into an issue and I was very happy the mitigation plan was in place!

During the period I was “feeling a bit better”, I kept wavering between boredom and guilt.

Boredom because I’m always “doing something”. Sitting still is tough, even when I know it’s the best thing for me.

Guilt because even though I cleared my schedule – I’d been planning this for a month – there’s always a ton on my plate and I could really use the extra time!

I knew my brain wasn’t working 100%. And that a little exertion would delay my full recovery. But it was so hard to stop myself.

Many Project Managers fall into this trap. It’s called “Presenteeism”, the opposite of Absenteeism. We push ourselves to the point of exhaustion…and then we jump over it.

But just like I knew my brain wasn’t working at capacity, when we’re sick (or routinely work too many hours…or don’t take a break) our minds aren’t able to take information and process it effectively.

We start to make mistakes.

And what comes out of our mouths (or through our fingers on the keyboard) is usually unclear and confusing. At worst, our communication devolves into barking out orders. We can’t even think about altering our tone to get the best response.

Bottom line: Presenteeism has a bigger impact than Absenteeism.

When you’re absent, you’re only out for a day or a week and everyone rallies to cover. They know it’s temporary.

When you’re always there, even when you shouldn’t be, your team has no recourse. They can only dig in and spend the extra time figuring out what your messages mean and what their next actions should be. And then try to not take offense when you’re ordering them around like robots.

When you’re sick: stay home. Log off. They have your cell if they need you (they probably won’t).

When a 12 hour day routine is normal: commit to a reasonable time to leave each day (not at the 12 hour mark). Set a timer…or make plans after work, if you need to. And shut down your computer at the end of the day.

The fact is, the work will be there when you get back.

And the fact is, your brain needs a rest to get back to full capacity.

I know it’s hard. I live it, too. But when we rest, we’re able to come back more efficient and effective. We’ll see the issues and have a much better idea how to solve them.

If you’re still struggling, remember our teams will benefit from the clear direction. They don’t want to waste time, either. 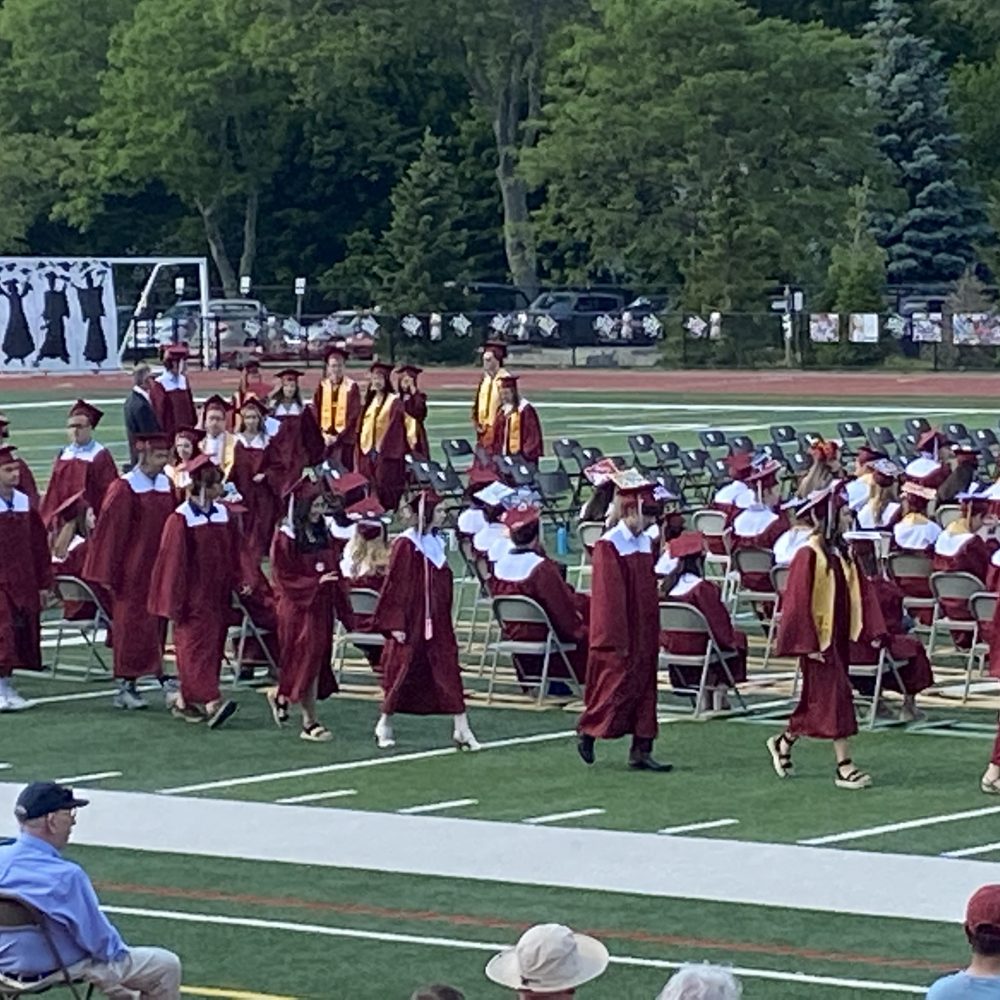 Our youngest daughter graduated high school on Saturday. We’re fortunate that our state recently lifted the outside mask-mandate so we could all gather in the stands while the kids sat (socially distanced) on the football field.

Lots of speeches, of course. But the one that struck me was from the Principal, Mr. Callahan. He talked about how amazing this class of 2021 is and how much he’ll miss them. He even broke down a few times, which got everyone else tearing up, too.

As expected, Mr. Callahan made a point to acknowledge the kids’ resilience during these past 15 months.

But then he started talking about their natural leadership during this tough year.

He noted how this group of students worked to bolster the spirits of all grades, thinking of creative ways to keep everyone engaged, and working hard to give the seniors different types of events to come together as a class, since all their usual rites of passage were cancelled.

Then he pivoted and my ears really perked up.

He said the world desperately needs leaders. People who speak clearly, who don’t hide behind social media posts, who check the facts, and remain open-minded. People who lift each other up and keep everyone going. People who see what needs to be done and work hard to achieve it.

Whether these kids view themselves as leaders, they are leading. This tough situation required they step up and they did. Their character showed in times of difficulty.

As Project Managers, we lead every day. Every time we meet with a stakeholder, create a schedule, mitigate a risk, or resolve an issue, we’re demonstrating our leadership. We don’t put on a hat that tells everyone we’re in leadership mode.

And like the graduates, we shine in times of crisis. How often during this pandemic have we shifted direction, adjusted workloads, thought of new ways to communicate, and held together our teams while continuing to move our projects forward?

The class of 2021 was forced to step into their leadership. Their strength and skills will change the way they approach every situation they encounter.

Let’s take a few minutes to consider how we’ve embraced our own leadership skills during the past 15 months. Are we more confident speaking to a large group of stakeholders? Have we learned to stand firm when we feel the pressure to adjust a timeline or add a requirement? Do we know how to better handle certain personality types?

And, like these recent graduates, have the challenges of the past few years helped us learn who we are, what we want, and where we’re going?